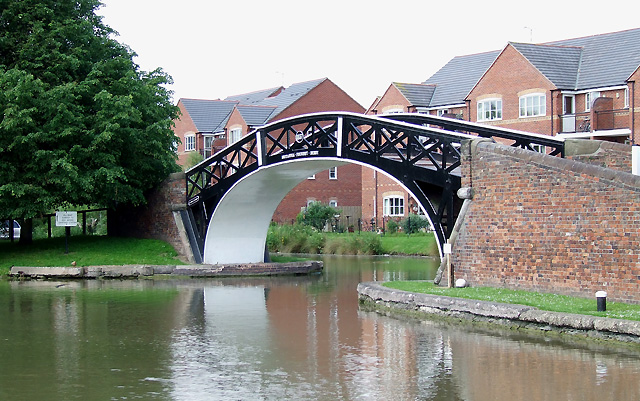 “This is where the present (earlier planned) Oxford Canal meets the Coventry Canal at Hawkesbury Junction. The Coventry Canal (going left) leads to the south-west. However in 1771, when this section of the Oxford Canal was built, it ran another mile on to Longford, and due to the usual wrangles of the time, it ran alongside the later Coventry Canal, unconnected. Close observation of the satellite image on Google Maps still reveals some signs of this situation.

A court injunction forced the companies to construct a junction in 1777, but this was at Longford, not Hawkesbury. At Hawkesbury the first junction was cut in 1803, then was widened in 1836, and bridged in 1837 with this magnificent cast iron structure. Today the whole area around the canals at Hawkesbury is a historical Conservation Area.”