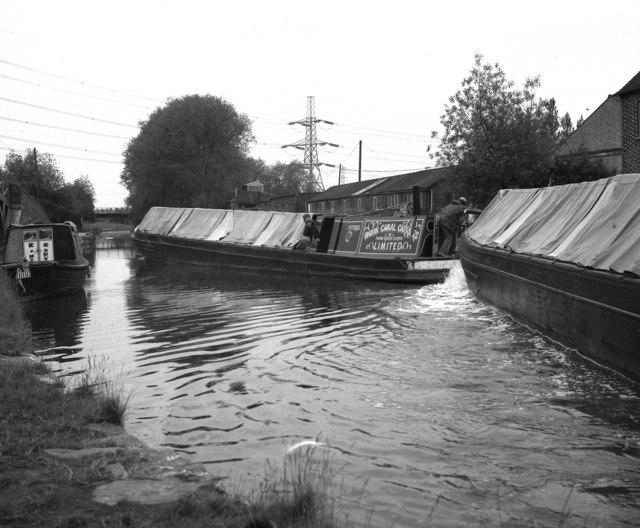 The Coventry Canal is a 37.8 miles navigation that connects the city of Coventry to the Trent and Mersey canal to the north. It was built primarily for the transportation of coal from North Warwickshire collieries. At Hawkesbury Junction (also known as Sutton Stop) 5.5 miles cruise from the city centre Bishop Street basin, the Coventry Canal meets the Oxford Canal and the remaining spur is known as the “Coventry Canal Greenway” or simply the “five and a half”. The building of the Coventry Canal was fraught with industrialist squabbles and delays, taking nearly 20 years to fully open by 1790.

The photograph was taken in 1997. “Skipper George Smith needs all his years of experience as, with a butty on tow, he steers his full-length motor southwards at Hawkesbury Junction, (known to boatmen as Sutton Stop), which is where the Coventry Arm meets the main line of the canal.”