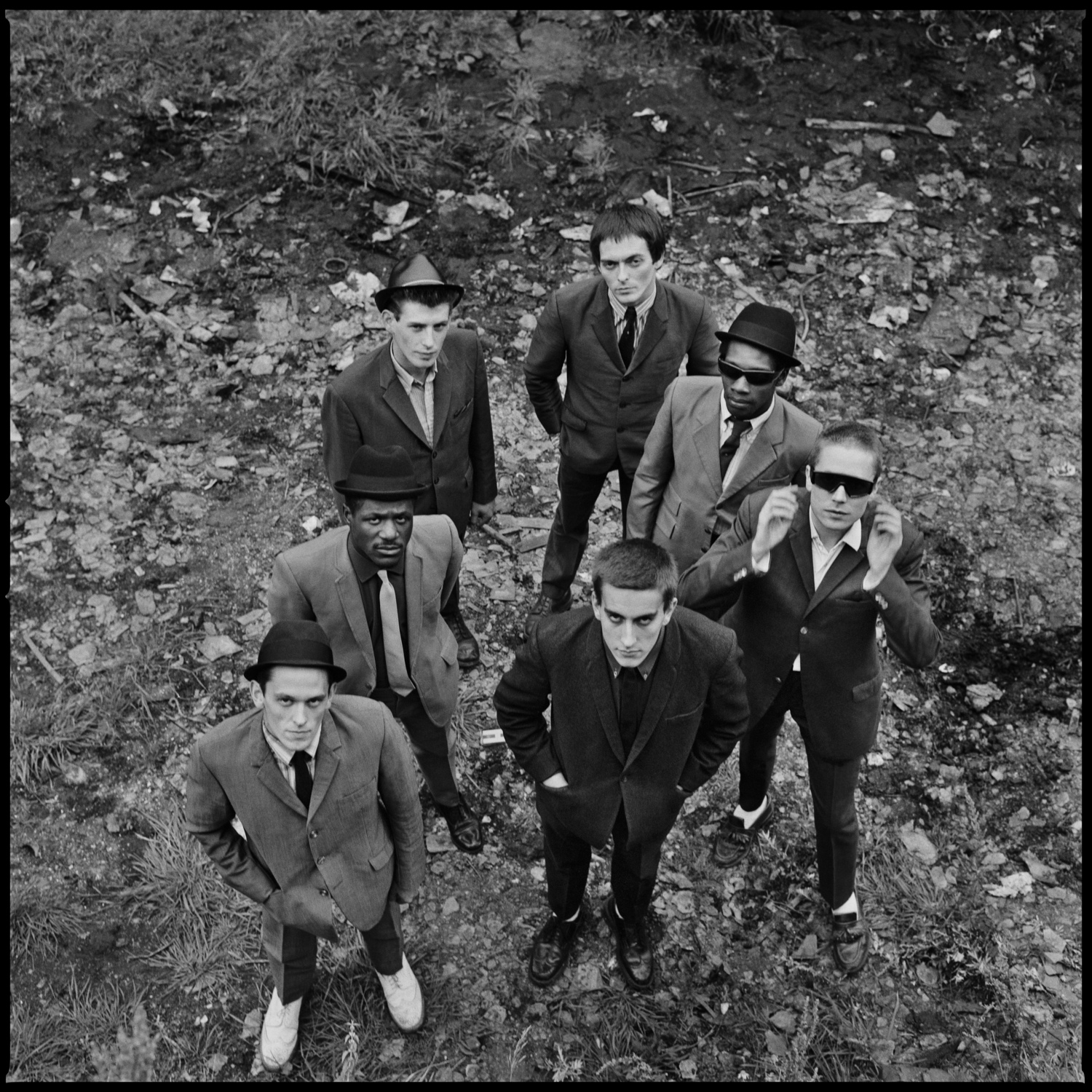 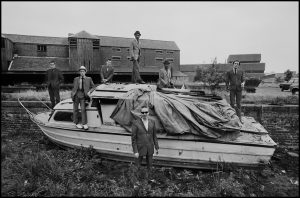 A catastrophic leak further up the canal had seen the basin emptied and the canal empty itself down Harnall Lane. This provided the scene for Chalkie Davies to capture the cover images for both The Specials’ eponymous and More Specials LPs.

“I have to thank my friend Elvis Costello for suggesting us to Jerry Dammers, he was producing the First Specials LP and thought we would get on well together. There are few people who I would describe as genius, but it applies to both Jerry and this Band. Seven very individual people, and one of the best bands I ever worked with. Jerry had both the locations and ideas worked out for their first LP sleeve, he showed my some LP’s that he liked visually, one of them was the Who’s My Generation. Although taken in colour the band is shot from above, and with seven people in the band, group shots are never usually easy. We went to a location Jerry suggested at the Canal Basin in Coventry, these guys took direction really well, but, they also knew how to hold their own in a band this big, each had his own personality and it shows, if only all groups were this easy to deal with, I might have continued doing it. For the LP cover we cut out the band members with a pair of scissors at Jerry’s request, he wanted it to look cheesy, then we stripped it onto a white background, but here, for the first time you can see the actual photograph as it was originally taken. There were only ten frames done of this pose, the last two on the roll were used for the back cover, and that’s a slightly different story. ”

“We were doing the cover for the Specials LP and just when I thought we were finished Jerry Dammers asked if we could do one final group shot.

He took us over to this abandoned and decaying boat that was located in another part of the Coventry Basin. Although I thought he was nuts wanting his photo taken here, we carefully arranged the band members on the boat.

Jerry had this huge smile on his face, positively beaming at the camera. When we were selecting the photos for the first LP he asked for a print, saying he was not going to use it now, but maybe it would have a use in the future.

The second LP was shot deliberately out of focus on an SX70 Polaroid camera, this was because Jerry wanted it to look just like an old sleeve and less than one pack of film was used, Jerry was so enamored with one of the Polaroids that he declared the session over. Worried that the American record company might not be too thrilled at the idea of an out of focus sleeve I insisted we shot a roll of film on the Hasselblad as well.

I asked him what he wanted for the back cover. We already did the back he proclaimed with a huge toothy grin. A little confused by this I asked him to explain, it’s the photo on the boat that you did when we shot the first LP he gleefully replied.”