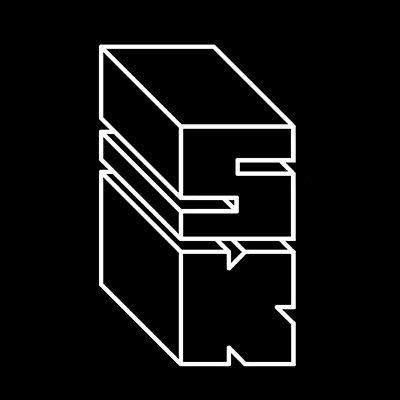 Juneau Projects was formed in 2011 by Phil Duckworth and Ben Sadler, together they use an abundance of materials to collaborate with artists, participants, and communities to explore the relationship between society, culture, and the natural world. This year they’ve been working with Ludic Rooms on ‘Landlocked’, a project within the Random String programme. Through ‘Landlocked’ Ludic Rooms and Juneau Projects have worked with hyperlocal participants around the Coventry Canal to ask what life by the water is like in the most landlocked city in the country? We spoke to Juneau to ask them about the project, their work with Ludic Rooms & Coventry communities, and summoning creatures from the canal.

Could you briefly explain the landlocked project and the work you’ve done over the summer, the workshops with local communities?

BEN:   Sure yeah, So landlocked has been a project that we’ve worked on for a few months now – we started in the summer – working with lots of different people that live on or near the canal in coventry and really thinking about that special position people have living next to a body of water in what is essentially the most landlocked city in the country. We spent that time thinking with them about i suppose the future of the canals, particularly about the future ecology of the canals, and what creatures live in the canal now but what those creatures might look like in a hundred years time, a thousand years time, a million years time. Trying to imagine that future wildlife of the canal really.

How did you find that peoples relationships with the water changed? And to their idea of an ecology existing around the canals rather than them being these very industrial places.

PHIL:   I think some of the people that we worked with didn’t visit the canal that often, so hopefully they’ve come along and they’ve seen a space that they can come to as a leisure activity. But also that quality that the canal has of being a strip of wildlife that runs through the city in quite an interesting way. It’s something a lot of people, especially the kids taking part, when we were asking them to think about this canal creature design that they were making for us, they were thinking about a lot of the things they had seen themselves or heard about and they were asking each other “Oh, what have you seen on the canal?” Things like, you know, the ducks and geese and moorhens that you might see normally, and a lot more imaginative creatures started to come out when they were thinking about that space.

BEN:   I think what’s been really interesting with the workshops and with meeting people is I suppose giving people the time and space to imagine things about the canal. It might often be a place that you just pass through or, you know, that’s a way of getting from one place to another. Or it’s something that’s literally just there but, you know, you’re not perhaps engaging with. I think in a sense that’s been one of the really nice things about it, is giving people that space and time to think about the possibilities of what the canal is and imagine what the future of it could be in a way that perhaps hasn’t come up before in the daily dealings with the canal.

PHIL:   I think (at Random String) people will see that the canal can be a social space and a space where things can happen. It’s obviously a great place to visit, to go on a walk, to see the nature that lives there on a daily basis, but also to use it as a focus point for a festival like Random String, where so many different and amazing looking things can happen on this really unique bit of landscape.

Speaking of Canal creatures, can you briefly – no spoilers – introduce the Canal Creature and this idea of coming together as a community right at the top of Random String Festival and summoning that creature?

BEN:   So, through the project we’ve developed this idea of almost like a mythical creature that might live in the canal, and some ideas of what that creature might look like, what it’s skin might be like, how it might move, how it might sound. What we’ll be hoping to do to kick off the festival is to ‘summon’ this creature to us so that we can see it and, almost kind of loch-ness-monster-style, for it to emerge from the canal for everyone to see. So really looking forward to summoning the creature and seeing what it looks like.

So what would you like to tell the community in Cov coming to Random String about your work? What can people expect from your piece, from the creature, as part of the trail at Random String?

PHIL:   The design of the creature has come about through the workshops that we ran, so we’ve taken on board lots of different suggestions from different people as to how it might look and what kind of things it might do and it’s kind of backstory, and as well as that a number of the workshops that we ran have contributed directly to the skin the creature will have: So people have made patterns and designs and they’ll be incorporated into the look of the creature. I think people can come along and see how those things came together, look for the creativity and the imagination that local people have shown us when they’ve been giving us the ideas that have fed into it.

BEN:   And I think if you’ve ever, you know, seen a stick or a branch floating in the canal and imagined it as a crocodile, imagine this on a whole new level. That’s what we’re bringing.

That’s probably my favourite ever description of that, thank you. Can you talk a little about your ongoing relationship with Ludic Rooms and what their tech-focus brings to that collaboration?

PHIL:   We’ve worked with Ludic Rooms several times through the various iterations of the Random String project and it’s been a really enjoyable experience. We were working (during RS 2018) as mentors for artists who were interested in getting more tech involved in their work, but that was a really good learning experience for us as well through the questions that those artists asked and the things they wanted to find out about, you know, we were able to explore those areas a bit more as well.

This time we’ve introduced tech a bit more remotely, the designs that people were making for the creatures skin were printed using risograph printing. So they made paper cut-out designs, we transformed those into designs that were printed out with the risograph. And we’ll also be using some lighting techniques as well – we’re using fluorescent ink in the printing, and that’s going to be highlighted with some UV torches that visitors can use from the bank-side to spot the monster and try to pick out the patterns on it.

BEN:   I think what we really love about working with LR is their enthusiasm, and I think a sort of shared approach really. They do have a focus on technology, but they really blend that with collaboration and with other forms of art and other ways of making, and it’s something that we really enjoy about that process with them is that very blended approach in how it all comes together. Really enjoyed being able to work on a creative project with them, it’s been great.

You can find Juneau Projects online at juneauprojects.co.uk and on social media at @juneau_projects (insta) @juneauprojects (twitter)